How your social network could save you from a disaster

In early November 2017, Brooks Fisher’s neighbor in Sonoma, California, pounded on his door at 2 a.m., rang the doorbell and shouted, “There’s a fire coming and you need to get out now! I can hear trees exploding!”

The sky was orange and the smell of smoke was strong. Fisher and his wife jumped in their car and drove out as flames engulfed houses on both sides of the road. Brooks called 911: The dispatcher told him she already had reports of fires on Rollo Road, but he and his wife saw no official responders. The only people trying to help evacuate the area were their neighbors, going door to door.

When Brooks and his wife finally returned to their home, all they found were ashes. But they were safe.

Brooks and his family survived thanks to intervention by a concerned neighbor. Many deaths that occur during events such as flooding, fires, hurricanes and mudslides could be prevented by leaving vulnerable areas. But people don’t always move, even after receiving evacuation orders or warnings of imminent risk.

To understand why, we worked with Facebook to understand evacuation patterns based on information that people shared publicly on social media before, during and after hurricanes. We found that social networks, especially connections to those beyond immediate family, influence decisions to leave or stay in place before disasters.

Many communities that are vulnerable to disasters put a lot of resources into providing residents with early warnings. For example, in Montecito, California, during the January 2018 mudslides, local authorities and disaster managers tried to warn residents through channels that included emails, social media alerts, press releases and deputies going door to door. Despite these efforts, not all residents evacuated and nearly two dozen lost their lives.

Traditionally, much emphasis has been placed on the role of physical infrastructure preparedness during crisis. But in light of findings about the importance of social capital during crises, our team wanted to better illuminate human behavior during these events.

To understand evacuation behavior, social scientists have typically asked survivors weeks or even years after an event to recall what they did and why. Other researchers have waited at rest stops along evacuation routes and directly interviewed evacuees fleeing oncoming hurricanes or storms. We wanted to better capture nuances of human behavior without having to rely on memory or catching people as they stopped for gas and coffee.

We want to keep you in the loop with all of the info you need in Summit County. Sign up at http://www.SCAlert.org  for messages relating to evacuation notices, utility outages, water main breaks, wildfires, floods and hazardous materials spills. #SumCO #COReady #ExploreSummit

To do so, we worked alongside researchers from Facebook using high-level, aggregated and anonymized summaries of city-level data before, during and after a disaster to construct the outcome variables “Did you evacuate?” and “If you did, how soon after the disaster did you return?” Facebook engages in numerous academic collaborations across engineering, business and research disciplines. We believe that our research team is among the first to study the movement of so many people across multiple disasters using geolocation data.

To protect user privacy, we submitted our research design to a rigorous internal review by specialists in data science, law, privacy and security. We only reported overall associations in the study population and used geolocation data no more specific than the city level. And our models only incorporated features grouped into broad categories – for example, “Age group 35-44,” rather than any person’s precise age.

Based on research showing that social ties provide resilience to people during crises, we suspected that social capital might be a critical factor in helping people decide whether to stay or go. By social capital, we mean people’s connections to others and resources available to them through their social communities, such as information and support.

Some aspects of these resources are reflected through social media. With this in mind, we set out to study whether attributes of people’s social networks impacted evacuation behavior.

Visualizing the exodus of Miami-area residents in the days prior to Hurricane Irma’s landfall. Each dot represents an aggregate group of users within 0.5 latitude/longitude degrees, colored by evacuees (in blue) and non-evacuees (in red).

We looked at three different types of social ties:

While our research is currently being revised for resubmission to a peer-reviewed journal, we feel comfortable arguing that, controlling for a number of other factors, individuals with more bridging ties and linking ties – that is, people with more connections beyond their immediate families and close friends – were more likely to evacuate from vulnerable areas in the days leading up to a hurricane.

We theorize that this happens for several reasons. First, people with more bridging ties have far-reaching social networks, which may connect them to sources of support outside of areas directly affected by disasters. Second, people with more bridging ties may have built those networks by moving or traveling more, and thus feel more comfortable evacuating far from home during a disaster.

In contrast, we found that having stronger bonding ties – that is, family and friends – made people less likely to evacuate leading up to a hurricane. In our view, this is a critical insight. People whose immediate, close networks are strong may feel supported and better-prepared to weather the storm. And staying in place could have positive outcomes, such as a higher likelihood of rebuilding in existing neighborhoods.

But it is also possible that seeing relatives, close friends and neighbors decide not to evacuate may lead people to underestimate the severity of an impending disaster. Such misperceptions could put people at higher immediate risk and increase damage to lives and property. Whether people whose stronger bonding ties lead them to stay fare better or worse than others is a question for further study.

Climate change and coastal development are making disasters more frequent and damaging. Social science and social media, which are a critical part of disaster toolkits, offer opportunities to tackle critical questions about factors that can make communities and societies more resilient to disasters and crises.

Sonoma resident Brooks Fisher and Paige Maas, a data scientist at Facebook, contributed to this article. 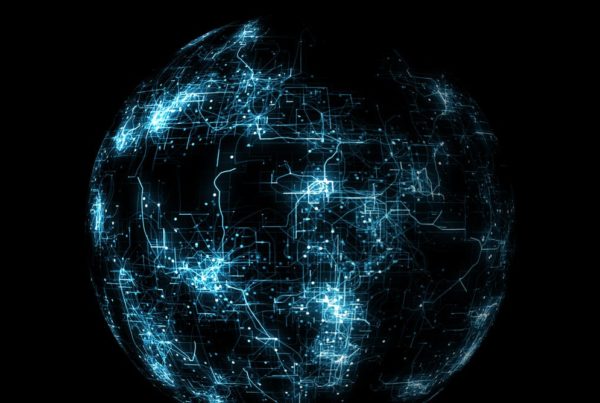